For this project, Jeremy Szopinski and I designed and painted a mural inspired by the golden spiral on a 9,000 square foot wall of the Public Safety Annex Building, in downtown St. Paul, Minnesota. The mural faced the Urban Flower Field, a park planted with sunflowers whose seeds are organized with the flower’s head in a series of nested golden spirals. 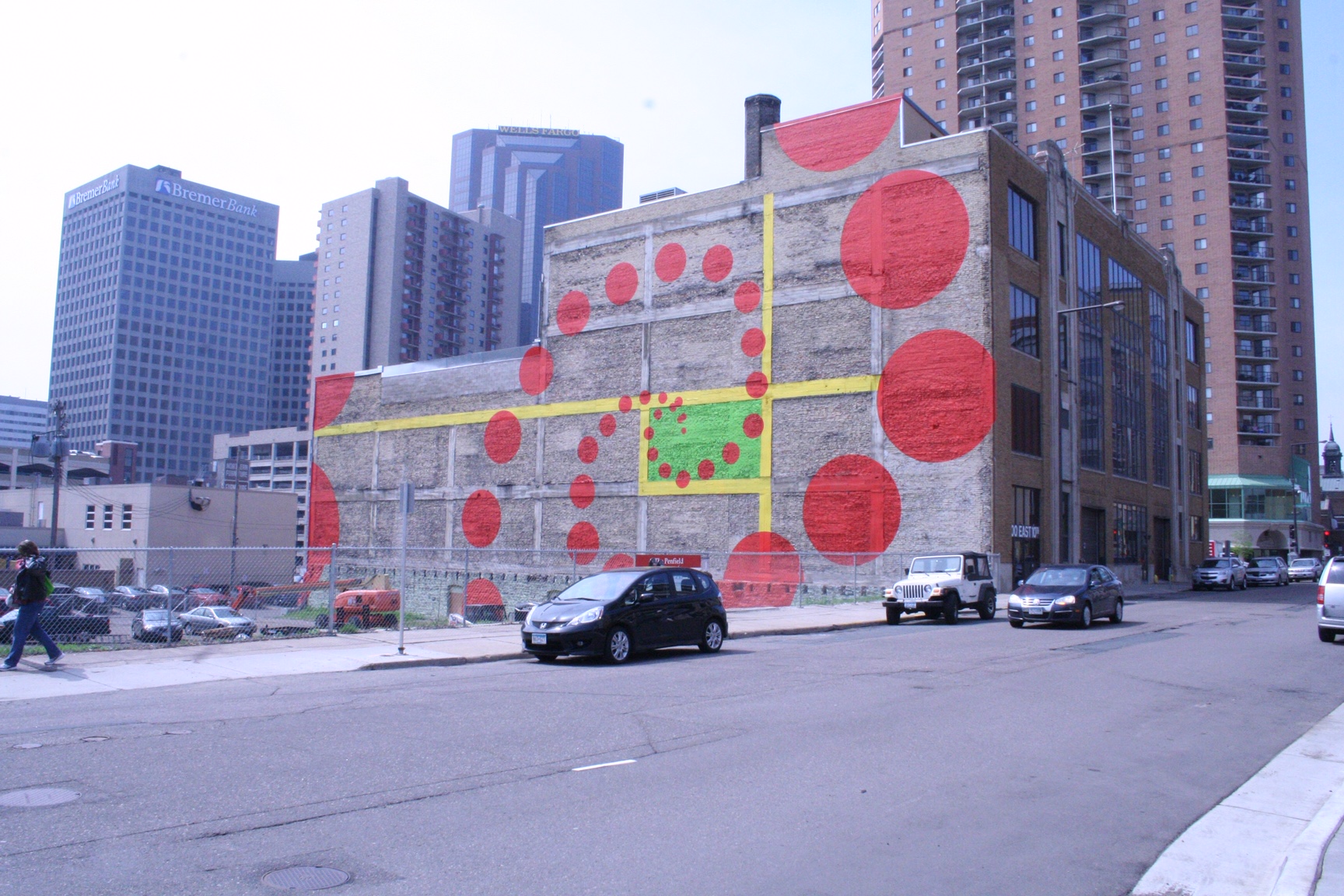 “Urban Flower Field, a project of City Artist in Residence Amanda Lovelee produced by Public Art Saint Paul in partnership with the City of Saint Paul, 2014.” 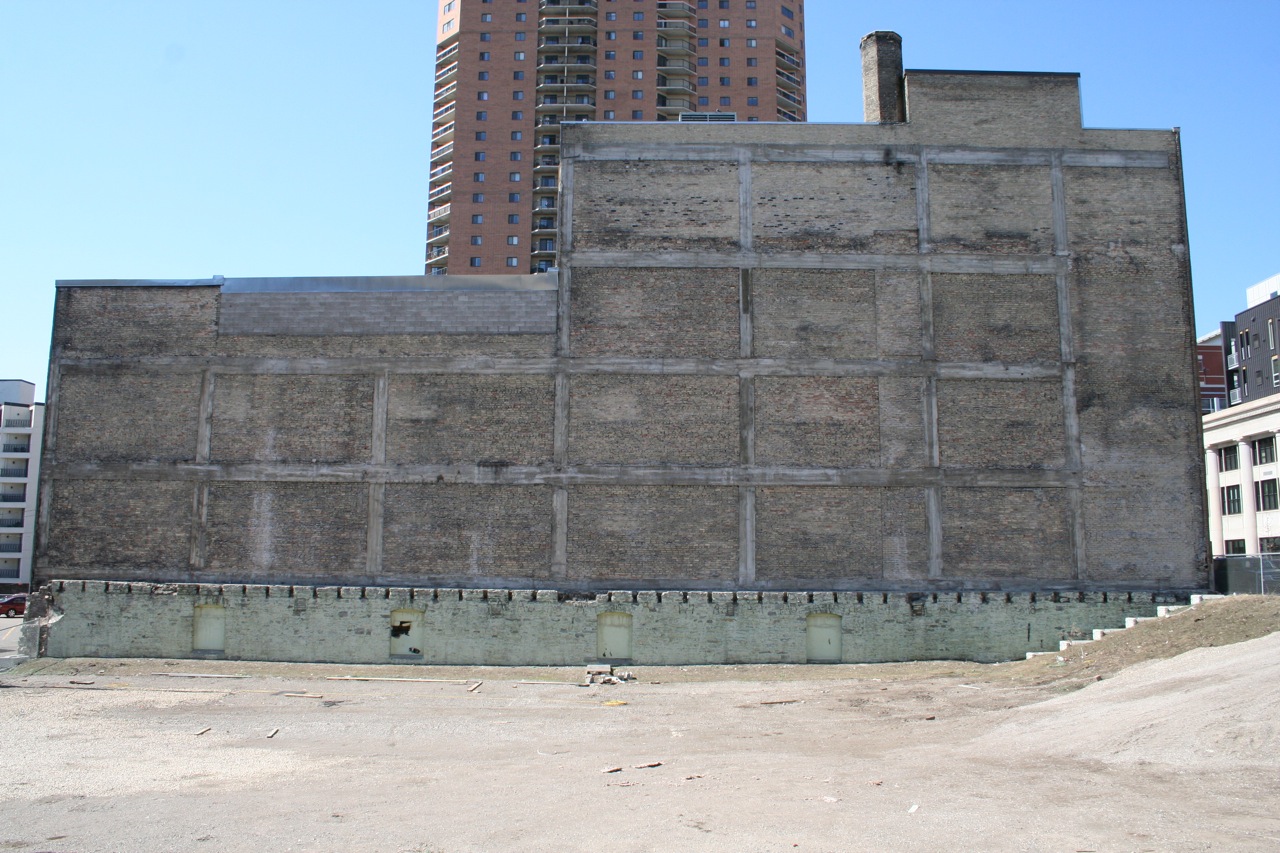 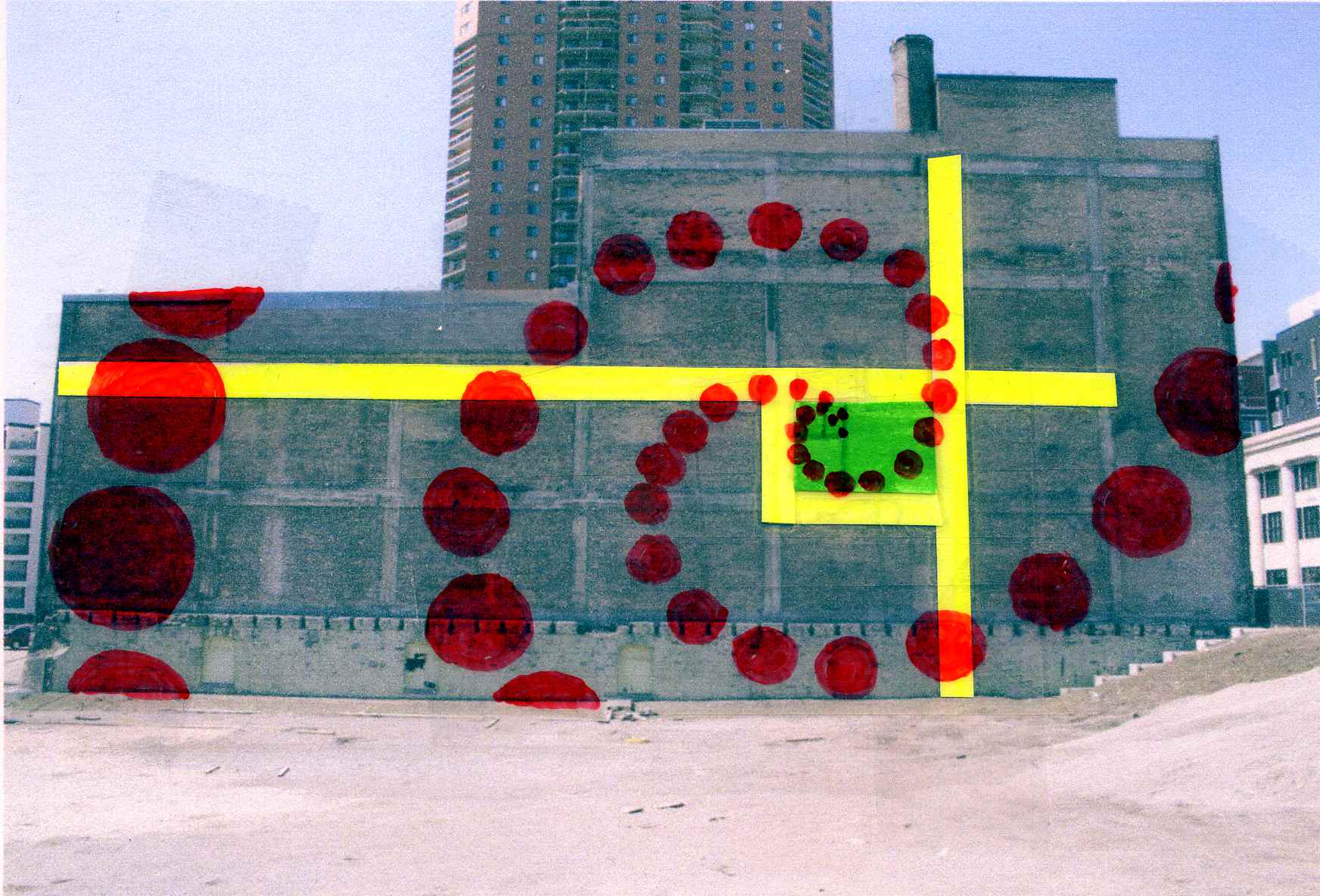 The original design showing two spirals of red polka dots emanating from a green rectangle. The wall approximately measures 150 across and 85 high. 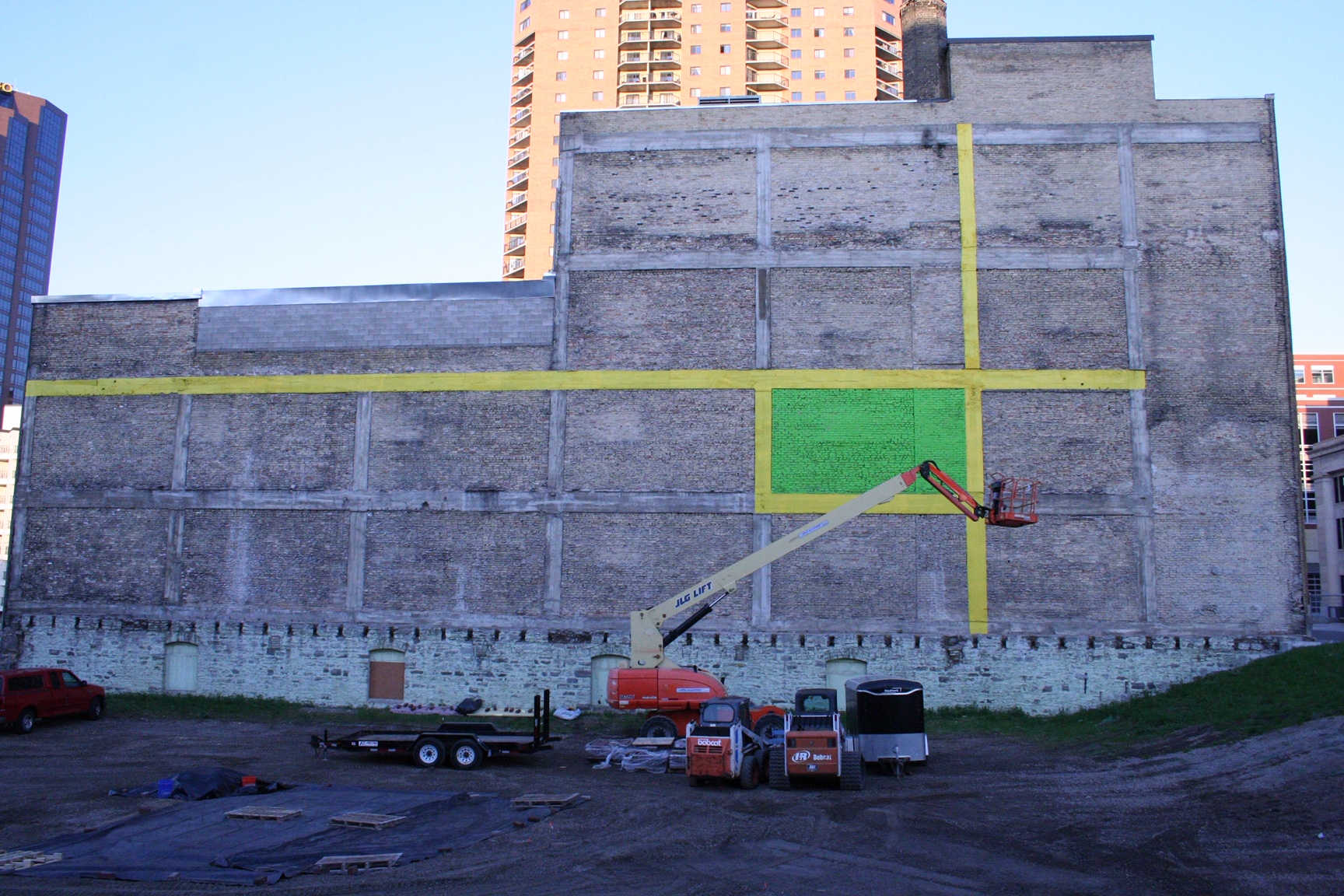 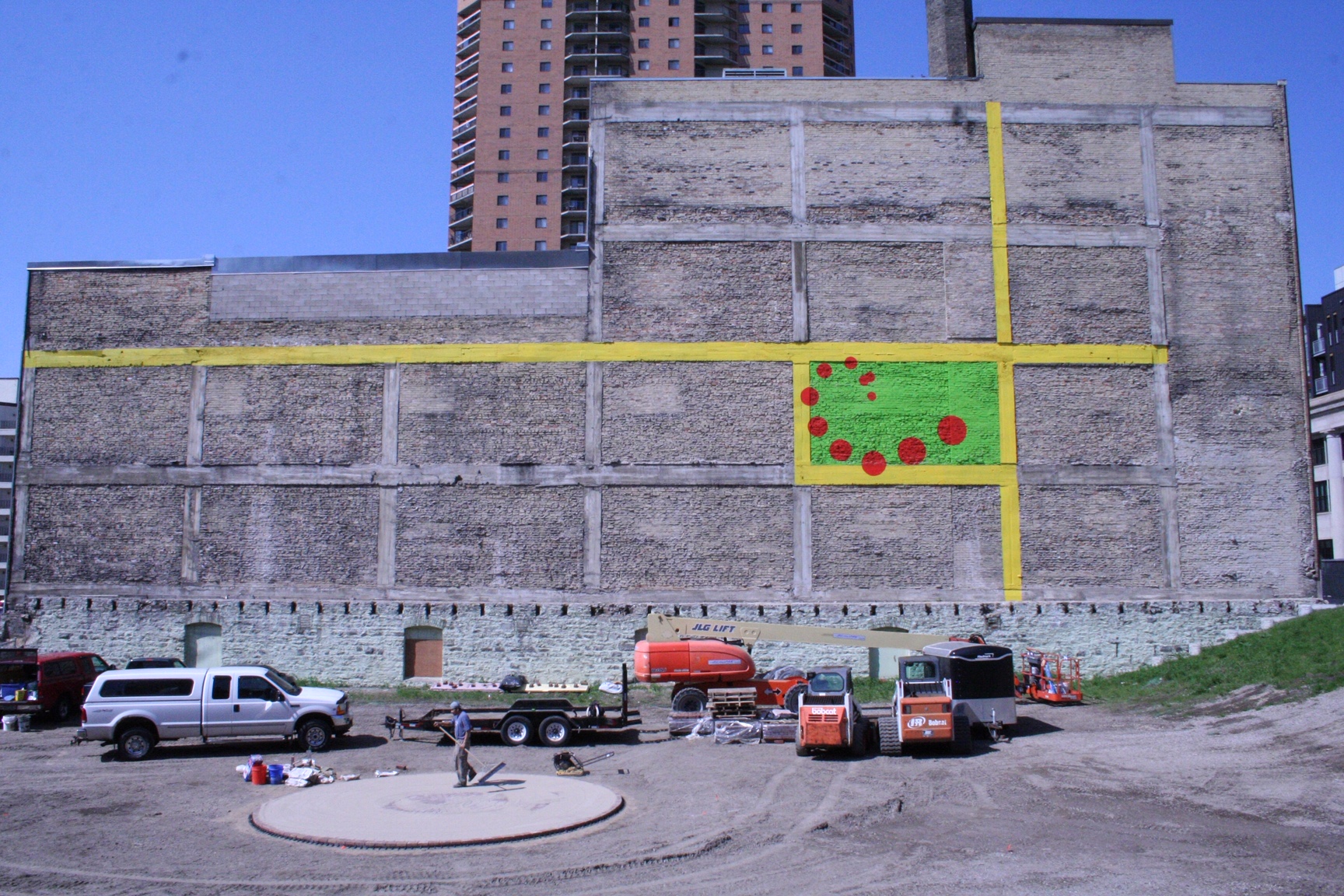 Day 2: The spirals are beginning to be mapped out. 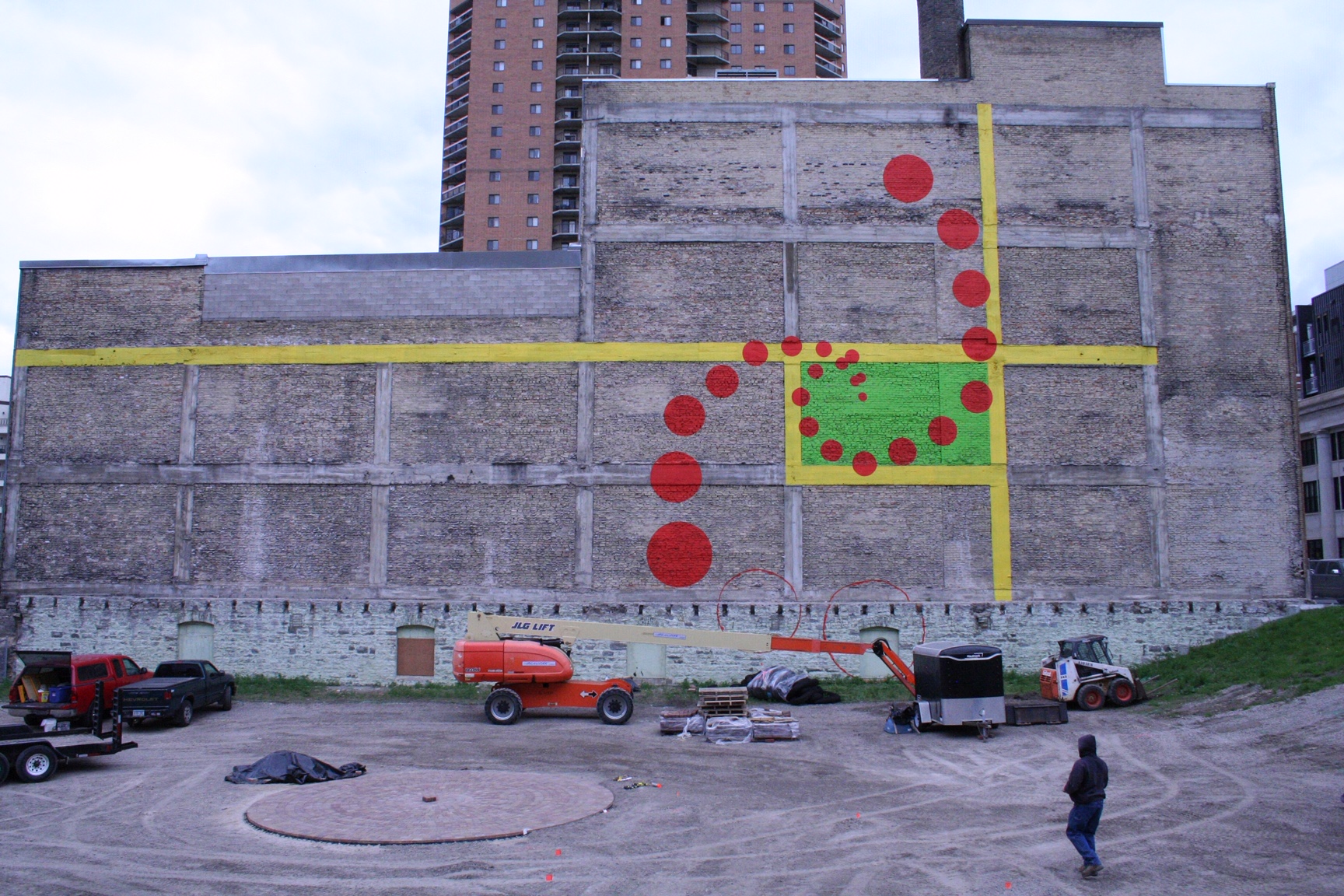 Rather than project, or grid out the design onto the wall, we relied tape measures, string and Sharpie markers to work out the placement of each consecutive dot. The below image shows how we increase the diameter and space between each dot so that they grew and expanded at a consistent rate. 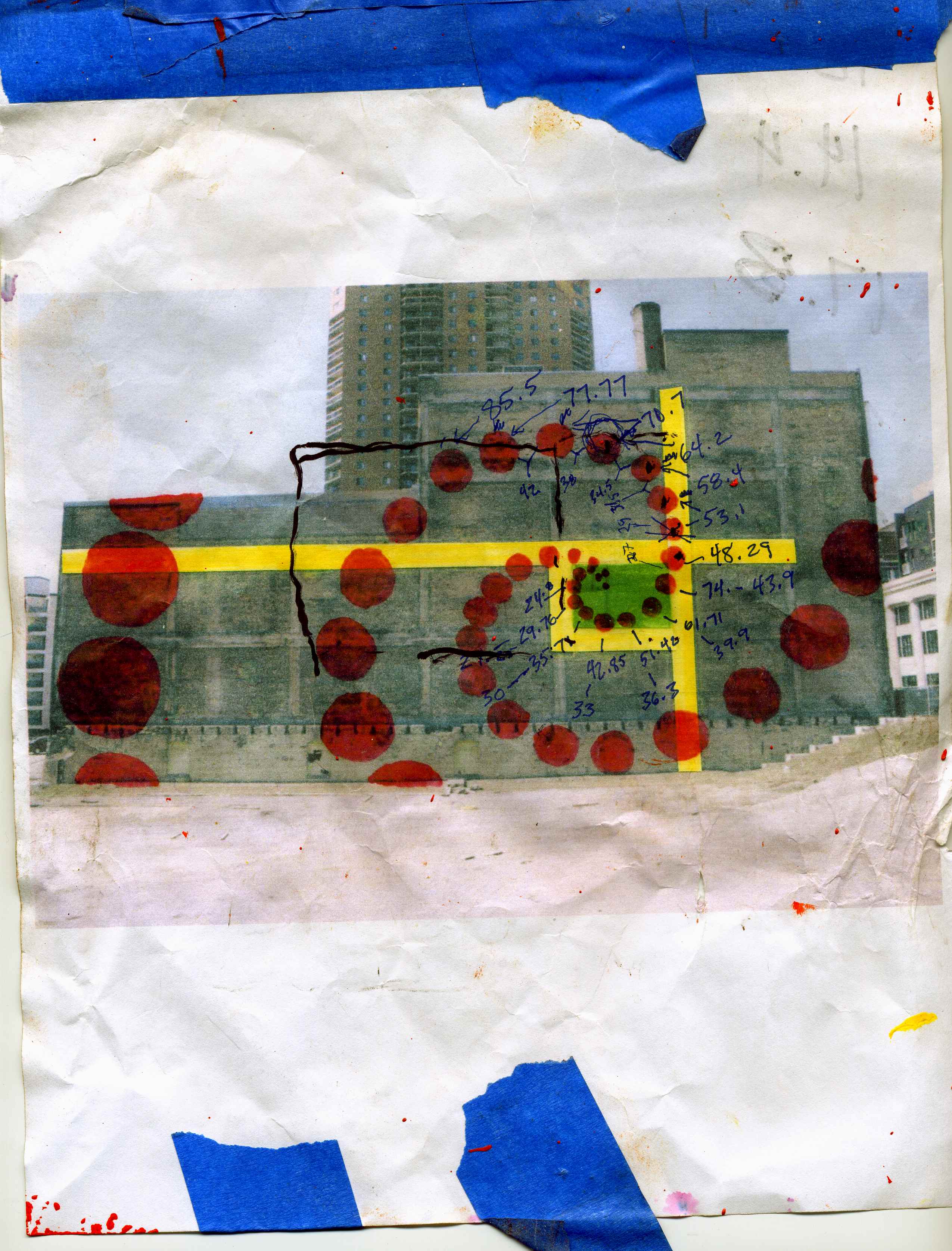 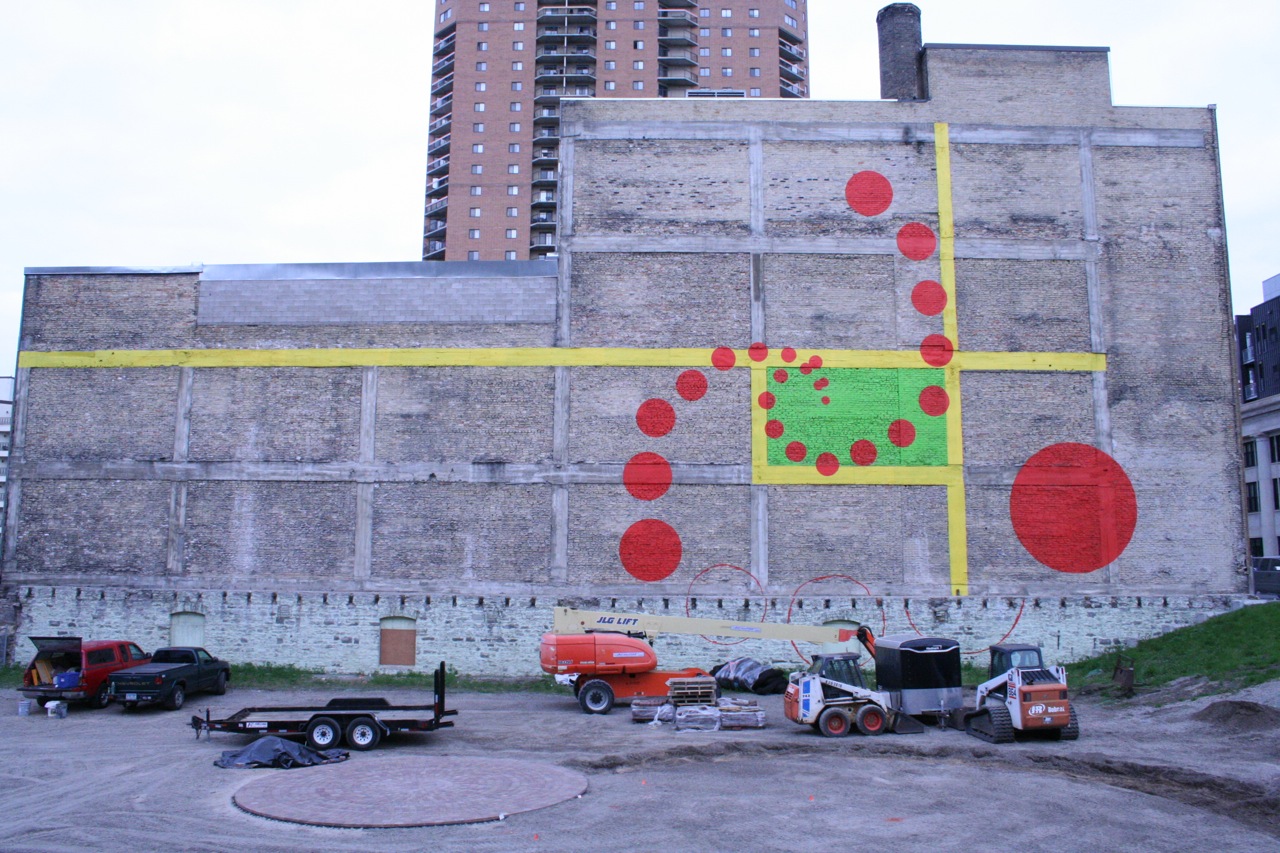 Day 4: As the painting progressed, we drew on photos of the mural to locate each red dot of the two spirals, finishing at the far left edge of the wall. 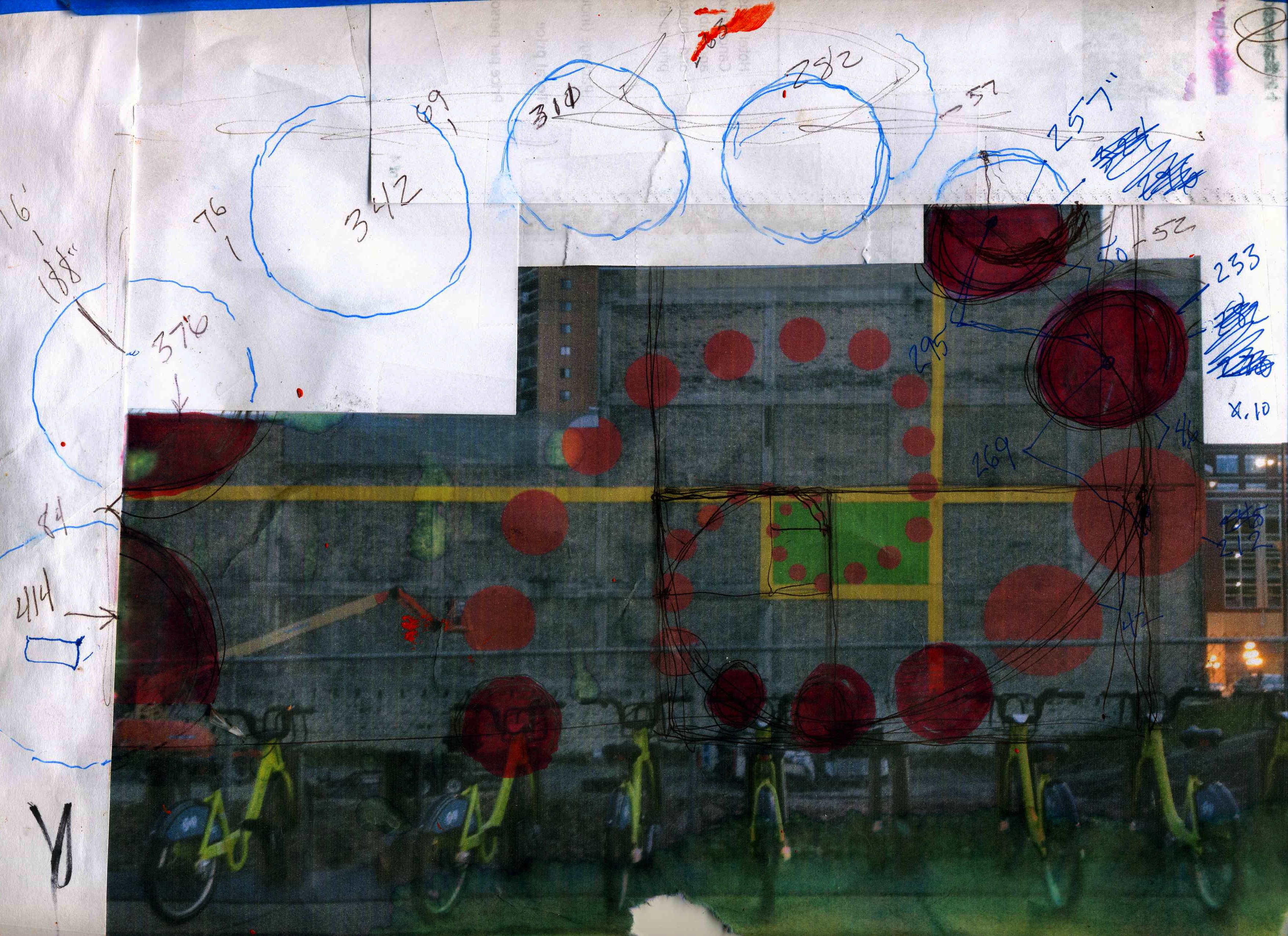 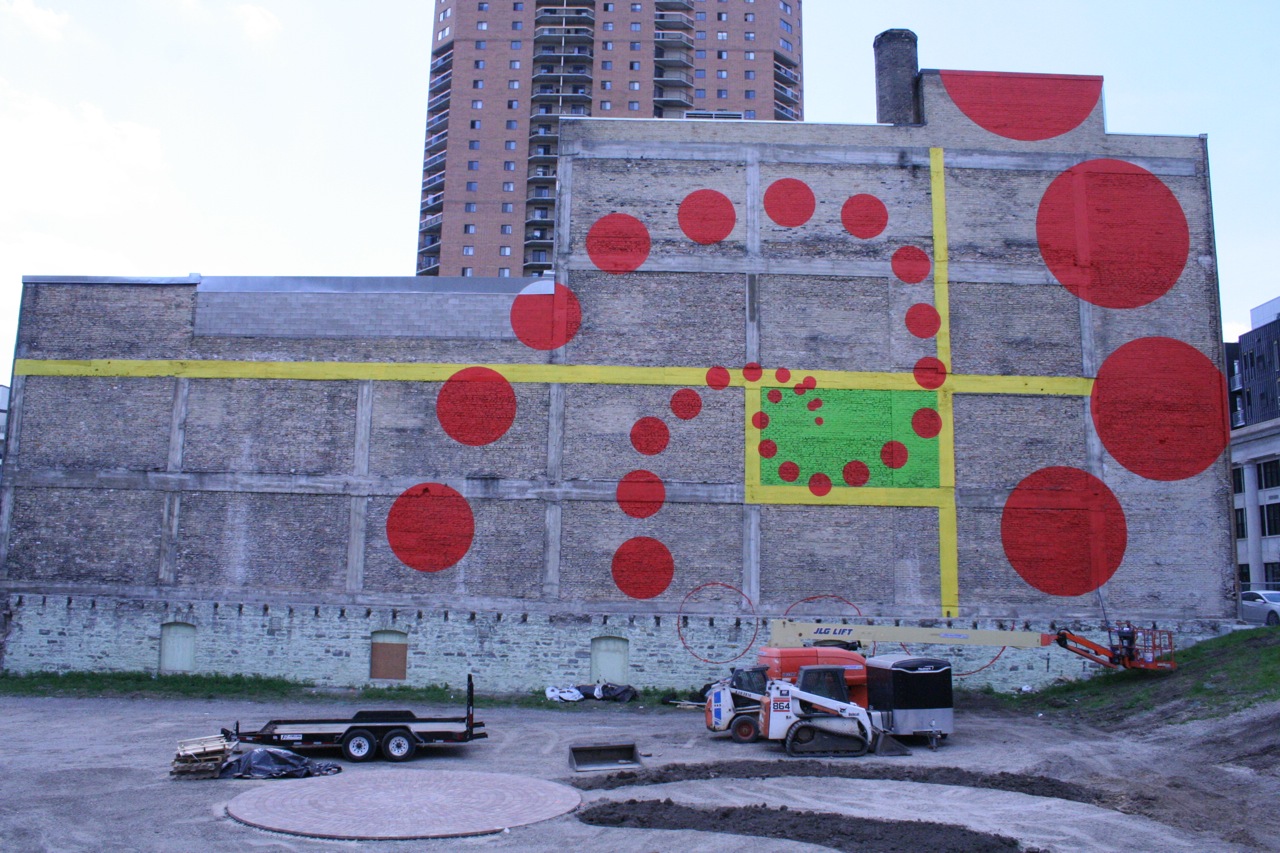 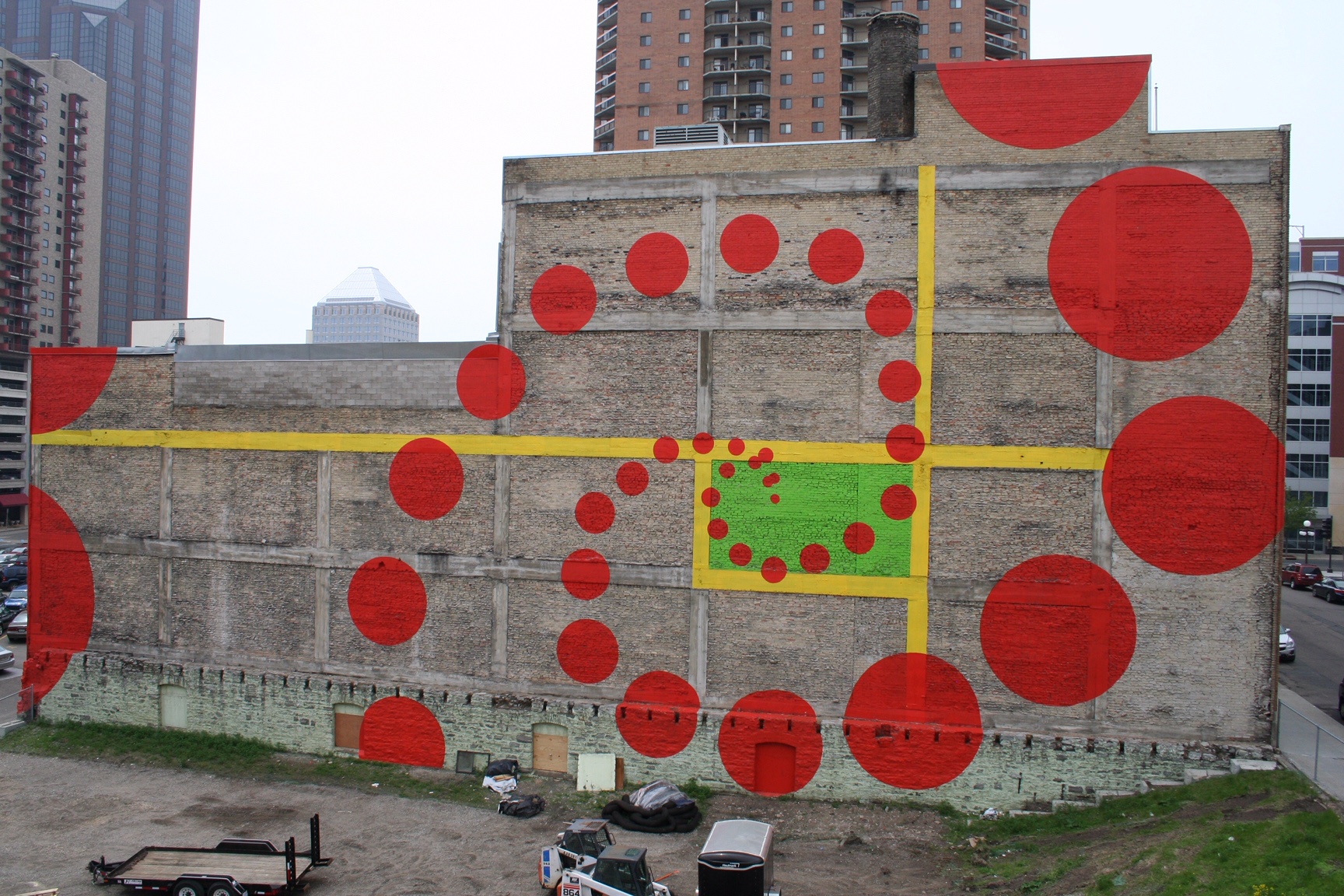